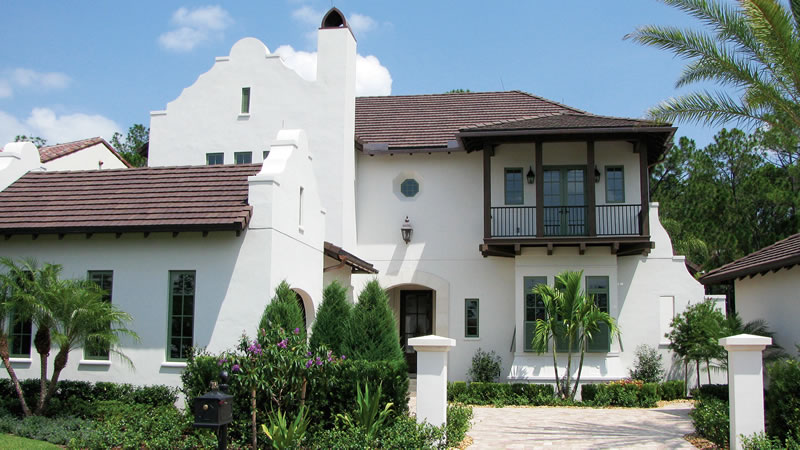 Humans have always needed shelter. Whether they were hiding from Saber-tooth Tigers or defending their village against a siege of invaders, having a proper place to live is essential to the survival of mankind. Of course, no shelter is complete without a roof, which serves to protect those living under it from the more destructive forces of nature. At CMR Construction & Roofing, we proudly offer premium residential and commercial roofing services for customers across the United States of America. Over the years, we have witnessed firsthand the important role that roofs play, and this has been true since the start of civilization. Have you often wondered how humanity went from seeking protection inside caves to living in modern homes complete with intricately laid ceramic tile, slate or sheets of metal? Here is some interesting information about the history of roofs that may inspire you to upgrade your roof for the 21st century.

Prehistoric Settlements
History’s earliest known human populations tried to find pre-existing shelters in their natural environment, such as caves. Later, mankind began to form roofs made from easily acquired resources, like dirt, clay and plants. While these kinds of roofs could help retain heat and prevent the entrance of large animals, they did little to prevent smaller pests or rainwater. By 4,000 BC, glazed clay and earthenware roof tiles were being used in prehistoric civilizations in China, Babylon and Greece.

Ancient Roof Materials
As time progressed, materials became more sophisticated. Though they were still made from natural resources such as straw, clay and wood, the methods evolved. Wooden shingles, Roman clay tiles and charming thatched roofs began to emerge throughout the world.

The Introduction of Modern Roofing Techniques
As the population of humanity boomed, large communities were formed. Fires could quickly wipe out an entire city, and so many began to develop ways to prevent the spread of flames from one building to another. In the 12th century, King John of England famously declared that all London citizens must replace their original thatched roofs with clay tiles. This is one of the first attempts at creating roofing standards. Thatched roofs, wood shingles and clay tiles continued to remain the materials of choice for the majority of mankind for many centuries. Slate, copper and lead also emerged after the middle ages, but were costly and only used for luxurious estates and government buildings.

Today’s Roofs
By the 20th century, industrialization had made it possible for most homeowners to acquire proper roofing materials. Advanced technologies and new manufacturing practices also brought about a wide variety of durable and long-lasting materials including asphalt shingles, composite tiles and rust-resistant metal.

Are You Interested in Upgrading Your Outdated Roof? Call CMR Construction & Roofing Today
Is it time to upgrade your damaged or deteriorating roof? Make frequent roof repairs and shingle replacements a thing of the past by upgrading to durable and long-lasting materials. Call the experts at CMR Construction & Roofing and find out how our experienced roof specialists can help you achieve the results you want.

What Does a Roof Vent Do?

What’s a Roof Boot, and Why Should You Care?

I would like to take this opportunity to give the highest recommendation that is possible to CMR Construction and Roofing for the outstanding job they did in installing a new roof on my home. My home is a villa (duplex) with my roof connecting to the neighbors (All one building). The problem arose when my neighbors decided they did not want to replace their roof at this time. That meant two different colors of tile on the roof. Our Association had never had this situation before and this caused a lot of work for the Board Members to review the legality of the situation and then what color matched the closest to the existing neighbor’s tile. My sales representative Joe Psyk was with me and the Board assisting in every way possible. Finally my new roof was approved and construction began. Donald was the construction foreman and made sure the men did an excellent job. Naturally some debris fell on my walkway, driveway and even into my skylights. That’s when Brad came. He cleaned the skylights, walkway and driveway. Even touched up a couple of places where the paint had been marked. I highly recommend CMR Construction and Roofing. My situation was not normal however CMR handled everything from start to finish very efficiently

Lee Wilkeson was great to work; he was and is very responsive and dependable. Lee is a credit to the CMR Construction group. Everyone we worked with on our roofing project was very dependable. It was very impressive to me that when the day's work was finished the site was cleaned up. I would highly recommend CMR as a contractor' Kyle Schellenger was the project manager and was also great. Kyle made sure the job moved along and with the number of homes in Copperleaf that were effected by Hurricane IRMA, CMR did a great job.

Very professional, does what he says he is going to do , On time for meetings. No pushy sales tactics. So far so good.

CMR delivered on time and as promised. Jason is a professional and very knowledgeable about different construction materials and working with insurance companies. He listened to our thoughts and needs and worked to make them happen. I'd recommend CMR/Jason to anyone needing roof repair/replacement.